In celebration of Women’s Equality Day, we spoke with Kristen Yee Loong, Energy and Sustainability Specialist in our Toronto office, about her experiences as a woman working in Building Science and the most significant moments driving women’s equality today.

What inspired you to start a career in Building Science?

From a young age, I was always interested in science and technology. My parents fostered my curiosity; I remember constantly building and fixing things with my dad. Later in life, I started my career in the broad industry of Sustainability, as I wanted to explore new energy-conserving technologies for buildings. While my focus has typically been mechanical- and electrical-based, over the years the focus has shifted to a better understanding of high-performance enclosures, which are a key component to thinking of the building as a system as we move toward high levels of energy efficiency.

Tell us the best career advice you’ve received from a female mentor.

If you’re 90% sure about something, the other 10% is just fear. You just need to be brave and go for it!

Are there any obstacles you have had to overcome to get to your current position?

Definitely! Before RDH, I entered the field of Sustainability as part of a company with a very young staff demographic. This was also at a time when LEED and Sustainability were not well understood by consultants and contractors. I was faced with gender bias from clients, combined with ageism, all the while trying to communicate new ideas to industry veterans that did not look fondly upon change. It was trying at times, however, I found enjoyment in the technical aspects of sustainable design, specifically mechanical systems and operations. If you can prove it with science, it is difficult for someone to dispute you.

What advice would you give your 20-year-old self?

Speak up more! Sometimes you simply have to be loud to have your ideas heard. I always remember during my Frosh Week Junk Yard Wars Challenge, I voiced an idea softly, and a fellow teammate took my idea as his own and voiced it louder. The team used the idea, and if I recall correctly, my team won.

When you think back on your career so far, what accomplishments are you most proud of?

I grew up with team sports, and therefore I have always been a fan of open communication and working as a team. I think I’ve provided an avenue for communication between offices and departments at various companies I’ve worked for. This has helped to foster more of a community and I’ve always provided an ear to listen and speak up for those that do not feel comfortable doing so.

What do you think has been the most significant moment in women’s equality in your lifetime?

That’s a tough one! There are a few that come to mind. For instance, Trudeau’s 50% female cabinet. While there were complaints from many who “just wanted the best person for the job,” it’s actually about having the best team for the job. How can you expect to represent a diverse population (diverse by gender, age, sexual orientation, and culture to name a few) without having a diverse team? Also, the award of the Nobel Peace Prize to the youngest-ever winner, Malala Yousafzai. She has already inspired a generation, started critical conversations, and has so much ahead of her. Another moment would be the global events for the Women’s March. It was truly amazing to see vast amounts of men and women marching in solidarity around the world.

Finally, what advice would you give to those young women aspiring to work in the same industry?

Don’t put up with the naysayers. When you have great ideas, voice them until they are understood, and then bring those ideas to fruition.

Kristen is a Energy and Sustainability Specialist who is committed to the design and construction of high-performance buildings. 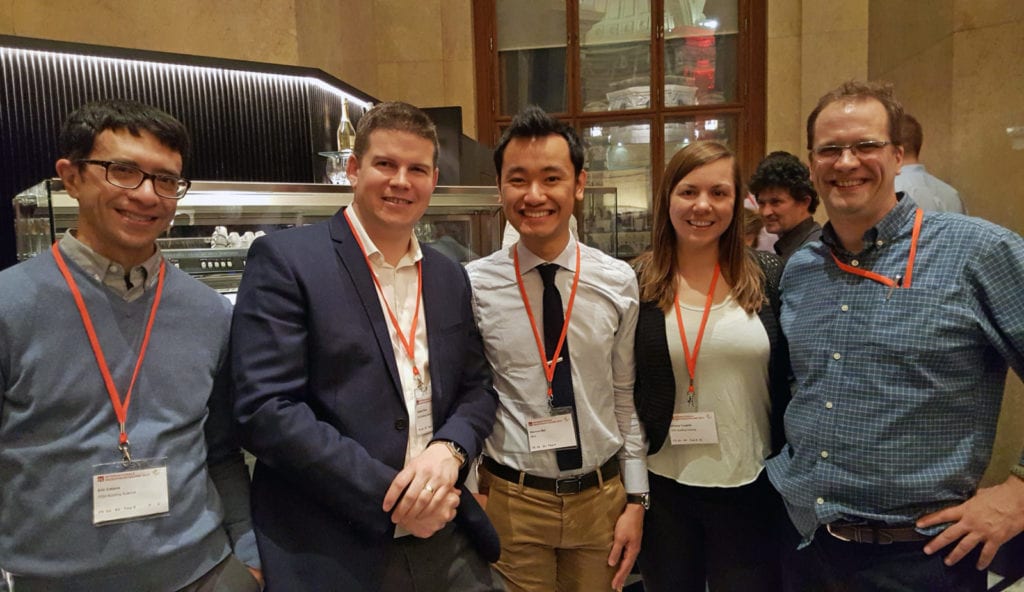