What you Need to Know about NAFS in Canada

In this article, the terms NAFS and NAFS-08 refer to AAMA/WDMA/CSA 101/I.S.2/A440-08, NAFS—North American Fenestration Standard/Specification for windows, doors and skylights.

NAFS, as implemented in Canadian building codes, changes everything—not only for Canadian manufacturers, builders, code officials and architects, but also for American manufacturers who may not realize that NAFS in Canada is very different from NAFS in the U.S. (I invite U.S. readers of this blog to read through to the end of this article. Your existing NAFS test reports may not contain enough test data to qualify your products to meet Canadian code requirements.)

NAFS changes everything about window and door selection and product testing in Canada, and it’s fair to say that there is currently a great deal of confusion and misunderstanding about how NAFS is to be applied to Part 3 (“Commercial”) and Part 9 (“Residential”) buildings in Canada.

If you sell or specify windows and doors in Canada today, you need to know how NAFS is applied under Canadian building codes. This blog will help you.

Known officially as AAMA/WDMA/CSA 101/I.S.2/A440-08, NAFS—North American Fenestration Standard/Specification for windows, doors and skylights, we call it NAFS-08 in Canada because NAFS-11 is not currently recognized by Canadian codes.

Known as the Harmonized Standard in the Building Code, the NAFS standard represents a monumental attempt to harmonize Canadian and American testing and performance rating regimes, tracing its roots back to three older standards that predated it:

The first NAFS standard recognized by all three issuing organizations was issued in 2008, and the second is dated 2011. It’s the 2008 version of NAFS that is referenced in Canadian building codes.

Where is NAFS Compliance Required in Canada?

NAFS made its Canadian debut in the 2010 National Building Code of Canada (NBC), and currently applies to buildings in most of the country. Construction is provincially regulated in Canada. Several provinces (and a few cities) have their own building codes based on the NBC model code, but most provinces and territories eventually adopt the NBC, often with amendments. The NBC applies to buildings under federal jurisdiction in Canada, such as military bases, federal government land, first nation reserves and airports.

As of August 14 2014, the NAFS standard is in effect in all provinces except:

For a detailed list of jurisdictions and the dates on which NAFS requirements apply, see Building Code Rumours.

4 Things Everyone Needs to Know About NAFS in Canada

Canadian building codes explicitly require fenestration products to have performance ratings specific to each building’s location, height, and terrain. This has huge implications for all parties involved in the specification and supply chain, as alert building officials will be studying labels to ensure the Performance Grade and Water Test Pressure values are appropriate for buildings in their jurisdiction.

Here’s how the Building Code puts it:

“Performance grades for windows, doors and skylights shall be selected according to the Canadian Supplement [CSA A440S1-09] . . . so as to be appropriate for the conditions and geographic location in which the window, door or skylight will be installed.”

What does this mean for U.S. manufacturers? It means many U.S. products will not have sufficient water penetration resistance to meet code requirements in coastal areas of Canada.

NAFS overwhelms Canadian manufacturers, architects, and code officials with new concepts, new terminology, and a new rating system. We need to learn a new language to be able to talk about these things!

Existing test reports from earlier standards (NAFS-05, CSA A440-00) do not contain the necessary data to determine NAFS-08 ratings, and therefore all manufacturers must specifically test their product lines to NAFS-08 to comply with Canadian codes. NAFS testing requirements for products with mullions are also much clearer and more explicit than in earlier Canadian standards, and as a result window manufacturers need to do far more product testing than they have been accustomed to in the past. On top of that NAFS covers products that previously were not subject to testing: unit skylights, tubular daylighting devices, and side hinged doors.

Did I mention side hinged doors? Canadian codes require exterior side hinged doors to be NAFS tested, and unprotected doors must have the same air-water-structural performance ratings as windows. NAFS requires unprotected doors to have the same air-water-structural performance as windows.

For the first time, the industry that supplies these products is faced with the requirement to subject their products to stringent lab testing and complicated performance ratings, challenging a business model based on assembling components with more emphasis on appearance or cost than regard to performance. Under NAFS, doors are systems whose field performance depends on replicating the system as tested, and which allows very limited substitution of components.

And NAFS testing reveals an uncomfortable fact: the doors we’ve building and buying for many years did not meet the performance levels the Code expected of the windows installed beside them.

This is a particular challenge to American door manufacturers, as in the U.S. side hinged doors do not need to comply with NAFS-08.

The hope was that Canadian and American manufacturers could test once, and have the ratings recognized in both countries.

This proved more difficult than anyone could have imagined. CSA negotiators did not want to reduce existing CSA performance requirements, or the ability to rate air, water and structural performance independently of one another.

On the other hand, American negotiators did not want to add to the performance testing requirements that had been in place in the US for decades. As a result, there are separate Canadian and American tables in NAFS for optional performance grades, operating force, force to latch, and air tightness (air infiltration-exfiltration in Canada).

And that’s not all: there are additional Canadian-only performance and labeling requirements in a companion document, CSA A440S1-09, the Canadian Supplement to NAFS-08.

What Harmonization Means for U.S. Manufacturers

They need to know that products tested and certified to the American requirements in NAFS do not automatically comply with Canadian codes. To comply with NAFS in Canada, as referenced by Canadian building codes, they must also be tested to the “optional” Canadian requirements in NAFS-08 as well as to those in the Canadian Supplement, and be correctly labeled to show their performance using both Primary and Secondary Designators.

A third Fenestration Canada document provides guidance to fenestration manufacturers and their engineers on the use of engineering calculations in conjunction with testing: Recommendation on the Use of Engineering Calculations to Determine Design Pressure Ratings of Fenestration Products under NAFS-08. This document will be of interest to users of NAFS-11 as well.

These are must-read documents for Canadian manufacturers too.

What Harmonization Means for Canadian Manufacturers

Since Canadian NAFS testing requirements are more stringent than those in the U.S., properly conducted Canadian test reports should contain the information necessary to qualify them for use in the U.S. (More on the difference between Canadian and U.S. NAFS testing below.)

What U.S. Manufacturers Need to Know about NAFS in Canada

Many U.S.-based fenestration manufacturers will find that their NAFS test reports do not contain enough test data to qualify their products for the Canadian market, or to label them using Primary and Secondary Designators. I have spoken with several U.S. manufacturers who were disappointed to find themselves in this situation. After all the harmonization efforts, why is that? Perhaps they assumed that NAFS is NAFS, on both sides of the border. Well, it’s not. Or that the Canadian test requirements in NAFS were optional. Well, they’re not optional for products destined for the Canadian market.

If a U.S. manufacturer’s existing test reports do not have test data to demonstrate compliance with the Canadian requirements in NAFS-08, the product Primary Designators may not be valid, and the reports will not contain the information needed to report the Secondary Designator ratings which are optional in the U.S., but mandatory for NAFS labeling in Canada.

Then there is the question of products tested to other versions of NAFS. Canadian building codes refer only to the 2008 version of the NAFS standard. While it is possible that some code jurisdictions will accept NAFS-11 test ratings at some point in time, they will not accept ratings based on NAFS-05.

Products sold in Canada are required to be easier to operate than in the U.S.

Table 6 of NAFS-08 presents the Canadian operating force requirements, and they are significantly different than those in Table 7 for the U.S.

Table 6 specifies a maximum force to initiate motion, while Table 7 does not. And for all products, the maximum force to maintain motion is lower in Table 6 than in Table 7. How does this affect performance ratings in the Primary Designator?

It means U.S. NAFS ratings for products that have higher operating forces than shown in Table 6 are not valid in Canada. The operating force test is performed before air and water testing of products, and the tested air and water penetration ratings depend on the weatherstrips and hardware used for the test.

There are three significant differences between Canadian and U.S. air leakage measurement in NAFS.

In Canada, water penetration resistance is specified separately from Performance Grade, and is reported in the Secondary Designator on product labels. In much of the country, especially in coastal areas, it needs to be significantly greater than 15% of design pressure (20% in the case of AW products). And in Canada, water test pressures are tested all the way up to 730 Pa (15 psf), and are not capped at 580 Pa (12 psf) as in the U.S.

Because the water penetration resistance test pressure is tied to the Performance Grade in the U.S., there is little incentive for American manufacturers to test this property beyond the minimum.

For example, an R, LC or CW Class product with a Performance Grade of 40 is tested to a minimum water penetration resistance pressure of 290 Pa (6.0 psf). If the product could achieve a higher water test pressure, say 440 Pa (9.0 psf) or 730 Pa (15.0 psf), there is no way to report this benefit in the Primary Designator.

So far we’ve looked at the differences between Canadian and U.S. testing requirements within NAFS. Canadian Codes require products to also conform to CSA A440S1-09, the Canadian Supplement to NAFS-08 which contains additional test requirements.

If you’re an American manufacturer with eyes on the Canadian market, you need to bring up one more subject when you chat with your U.S. test lab: additional tests (such as the insect screen test) and component requirements, and one very significant difference: the definition of water penetration resistance in the Canadian Supplement.

We have landed in a new Code world.  Whether you are in Canada or in the United States . . . if you manufacture, specify or sell windows and doors for the Canadian market—NAFS in Canada changes everything.

Stay tuned for more in-depth blog posts on topics related to the NAFS standard and Canadian fenestration issues, and feel free to comment below or ask questions.

Note: In this article, the terms NAFS and NAFS-08 refer to AAMA/WDMA/CSA 101/I.S.2/A440-08, NAFS—North American Fenestration Standard/Specification for windows, doors and skylights. 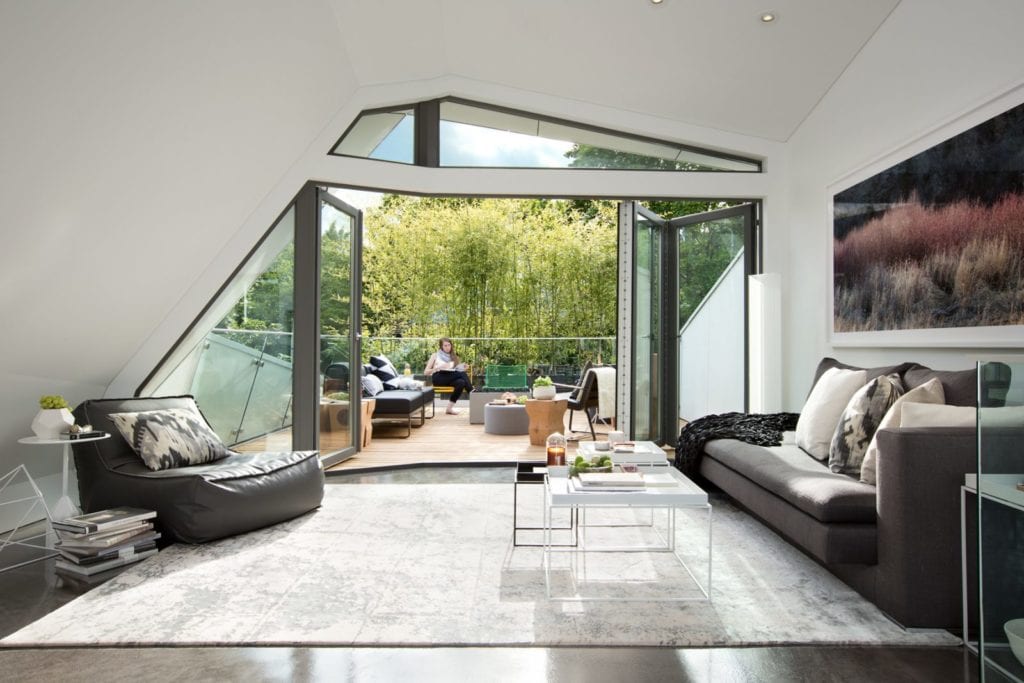 NAFS-08 doesn't have a Folding Door product type, but that hasn't stopped some manufacturers from testing folding doors. 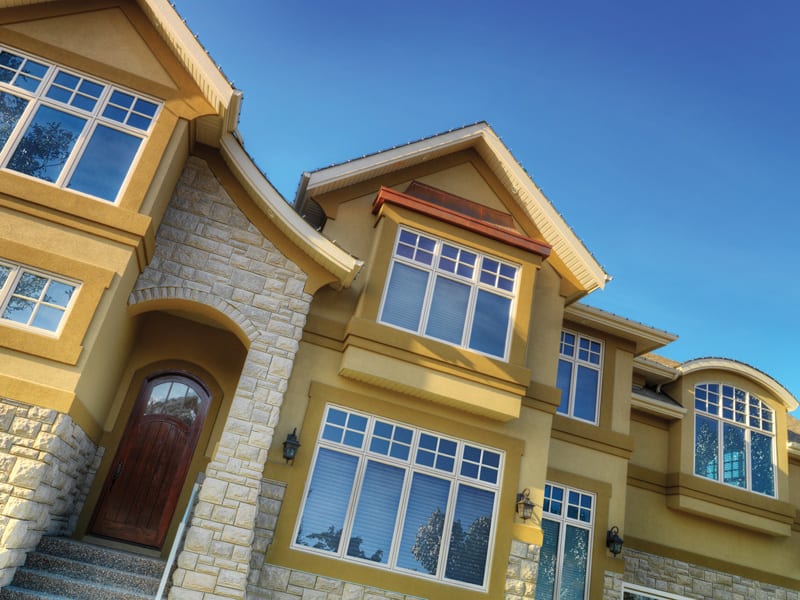