For a long time, I’ve been troubled about a curious omission in CSA A440S1, the Canadian Supplement to NAFS. Something important was missing that has apparently not been noticed by the majority of its users. While it provides us with a simplified method to determine the “specified wind load” and the “specified driving rain wind pressure” that are used to select NAFS Performance Grades, the methodology is limited to buildings on level terrain.

Is your building on a hill? On ground with a slope greater than ten degrees? Whether you are using the formulas or tables in this standard, or an online NAFS Performance Grade calculator, it would appear this methodology is not for you. 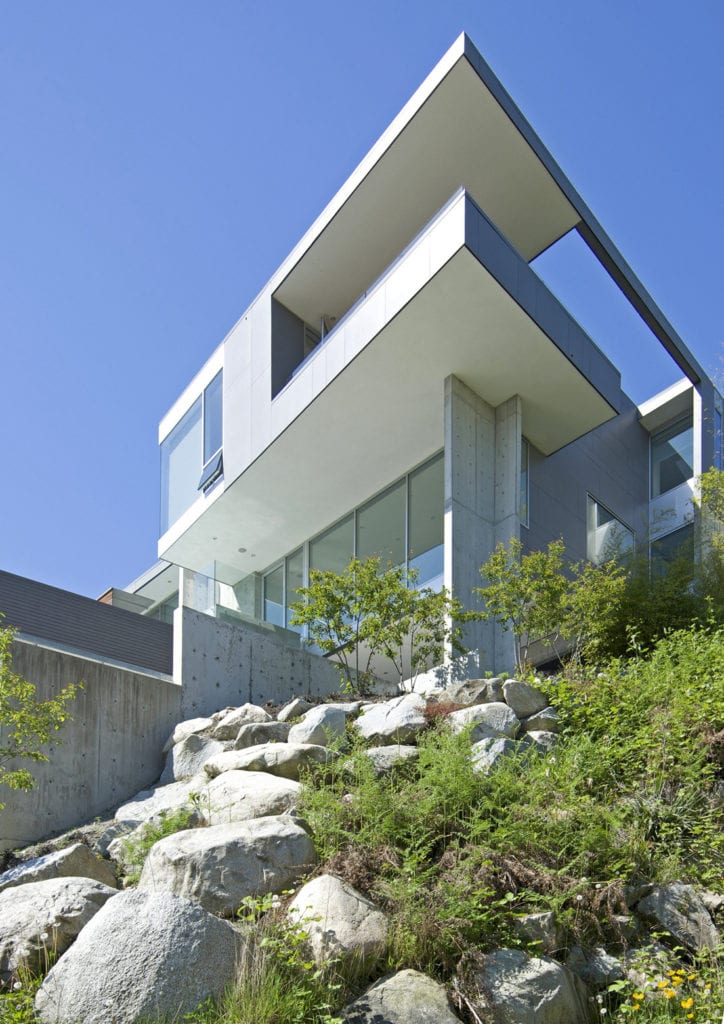 This limitation has been present since the first version of the Canadian Supplement, published in 2009, buried in the definition of the exposure factor Ce in Clauses 4.2.1 and 4.2.2. However, it was not until the 2017 version was published that this limitation was clearly stated up front, on page 7, in the Scope clause 1.0 of CSA A440S1-17, the Canadian Supplement to NAFS-11:

“The simplified procedure to calculate specified wind load in Clause 4.2.2 applies only to buildings on level terrain, having a slope no greater than 1:10. For buildings that do not meet this criteria (e.g., buildings on steeper slopes, hills, or escarpments) wind load values are [to be] calculated in accordance with the structural commentary requirements of the NBCC.”

The specific commentary to be consulted is indicated in Annexes A4.4.1 and A4.2.2 of this standard: it is the “User’s Guide — NBC 2005: Structural Commentary I“.

Why do I call this a Canadian problem? For two reasons. First, for users of the Canadian Supplement to NAFS, there is no context for determining exactly when to abandon the Supplement and consult an engineer. At what scale does this 10% slope limit become significant?

Is there concern with a building on a flat sloping plain? Or with a building on the slope of a hill projecting upwards from a flat plain? Do we need to worry about this for a home at the end of a 30 m (100 foot) driveway, sloped at 13%? Does it apply to buildings at the bottom, the middle, or the top of a hill? Does it apply to the windward side of the hill, or to the leeward side also? At what point do you need to abandon the Canadian Supplement and consult an expert, such as a registered professional engineer, to perform the necessary calculations? Do you need to worry about wind speed-up over hills in this neighbourhood? Photo by Ketan Kumawat on Pexels

It is also a Canadian problem because these questions are not clearly answered in the document we are advised to consult: the “User’s Guide — NBC 2005: Structural Commentary I”. While it provides formulas to be used to calculate wind speed-up on slopes, it is not clear about exactly when those formulas should be applied.

The Canadian Supplement is right to make us aware that wind speeds for buildings on hills, ridges and escarpments can be significantly greater than wind speeds on level ground. But it would be helpful if we had a clearer idea of when wind speed-up over hills is an issue we need to be concerned about.

It turns out there is an American solution to this problem, and Canadians can find it in the Alberta Guideline document that was discussed in the previous post. The document’s guidance on this matter is based on studies of wind behaviour related to topographic features, and is not specific to Alberta.

The engineers who prepared the Alberta Guideline document are licensed to practice in the United States as well as Canada, and are familiar with the more extensive resources on wind-related pressures present in American standards, specifically, in ASCE-7, “Minimum Design Loads and Associated Criteria for Buildings and Other Structures”, a standard published by the American Society of Civil Engineers. The guidance in the Alberta Guideline on when wind speed-up over hills should be considered comes from this standard.

When should we be concerned about higher wind loads for buildings on hills, ridges or escarpments?

The practical answer to this question can be found in the Albert Guideline, starting on page 3, under the heading “Scope and Limitations”, bullet items one and two. These bullet items and the Appendix note they refer to, provide guidance about the specific topographic features that indicate when wind speed-up over hills, ridges, and escarpments needs to be considered, and it is only when all those features are present that level ground values should not be used.

This document was prepared for use in Alberta and is recognized in that province for the purpose of determining NAFS Performance Grades for buildings up to 10 metres in height. It provides guidance from a registered professional engineer about when level ground values can be relied upon, and when specialist guidance should be sought.

I have avoided the urge to summarize the guidance provided in the Alberta Guideline because it is important to view the information in its original context. If you are interested in this topic, I encourage you to download the document to view it for yourself. 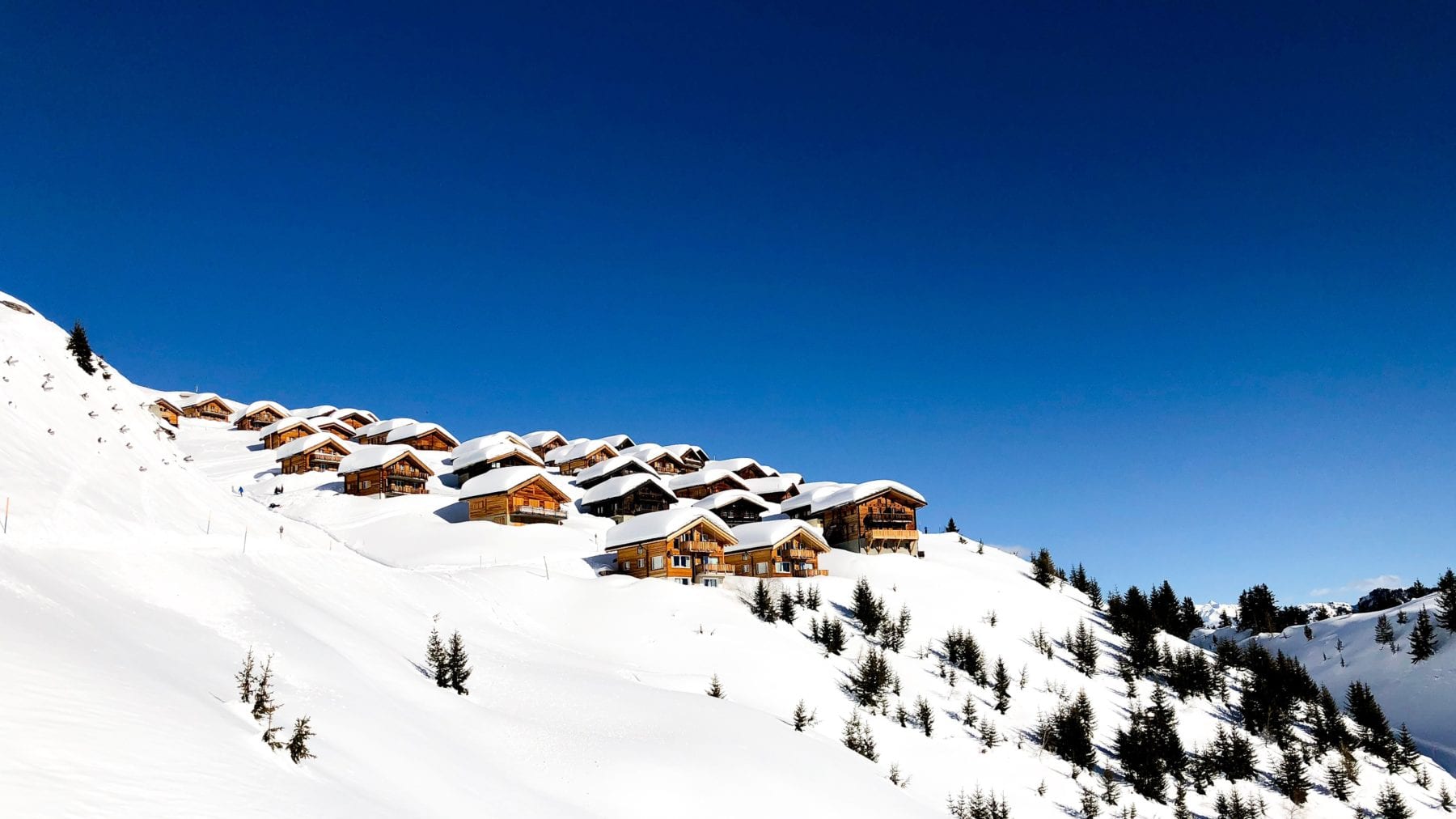 Photo by Gleb Makarov on Unsplash 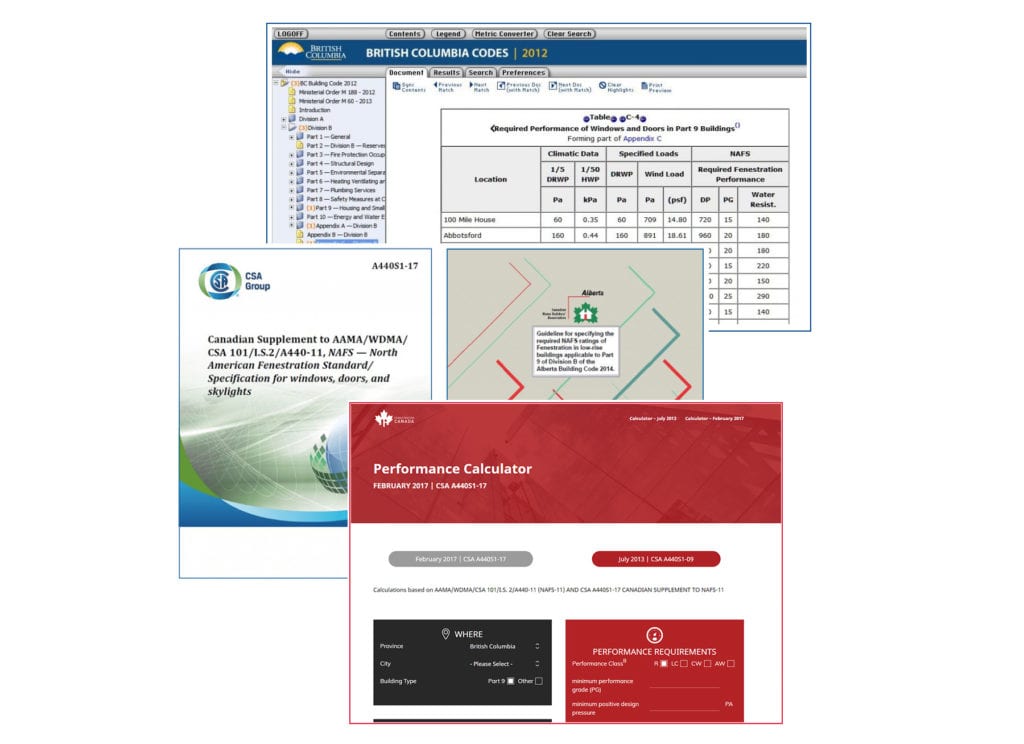 Depending where you are in Canada, there may be more than one acceptable method for determining NAFS Performance Grades. In this article we survey the available options. 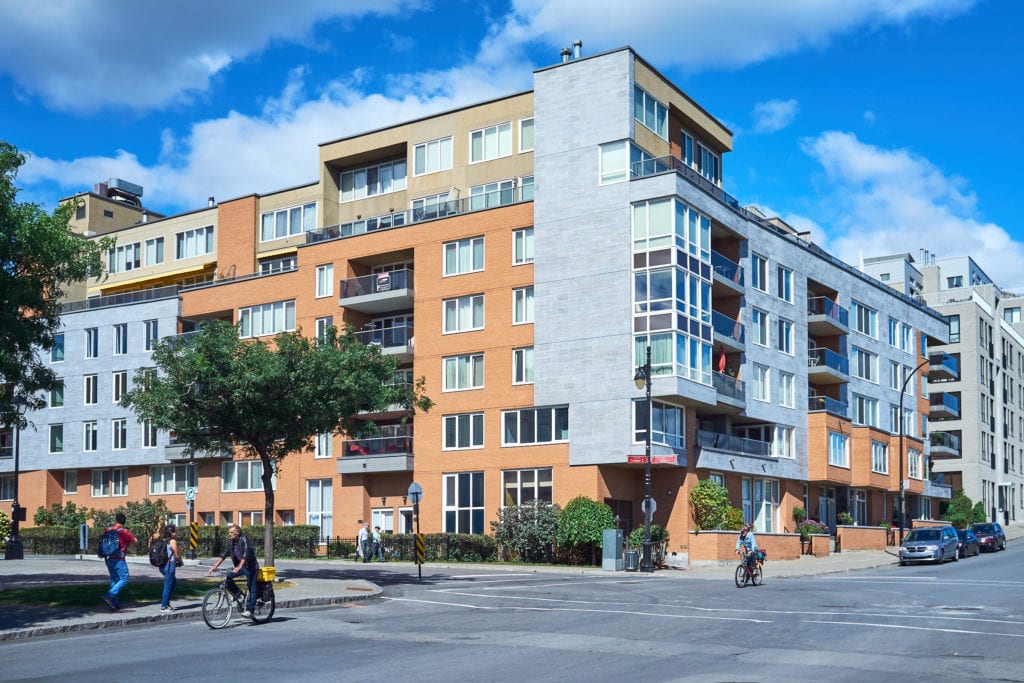 "An Architect’s Guide to NAFS"