Early Testing: A Key to Airtightness

In 2015, the Seattle Energy Code saw increased strictness in airtightness requirements with the maximum allowable leakage rate shifting from 0.4 to 0.3 cfm per square foot. That may not seem significant at first glance, but consider this: as of this post, multifamily buildings tested by RDH had a 92% pass rate at 0.4 cfm per square foot. At a rate of 0.3 cfm per square foot, this pass rate would drop to 58%. This change poses a greater challenge to contractors and design teams alike and presents an increased risk that your new multifamily building might not pass its airtightness test.

In a recent post, we discussed the importance of airtightness in a building’s performance and the impact it can have on occupant comfort, energy usage, and building durability. Now, learn how one of the keys to good and accurate airtightness test results is scheduling testing as early as possible.

By scheduling testing at this early stage contractors provide themselves with the ability to easily seal unit ventilation ducts throughout and after the airtightness testing. Take a look at the photos below: the image on the left shows a microwave installed and completely sealed off during an air barrier test, while the image on the right shows the disconnected duct that will be connected to the microwave. Without the microwave installed, the duct can be quickly and easily sealed, saving the contractor both time and money.

As you can see, the process of sealing openings is significantly more difficult in their finished condition—a challenge that can be avoided by scheduling airtightness testing before interior work has progressed very far. Unfortunately, early testing doesn’t always happen, and, as a result, these openings are not well sealed during the test, leading to significant leakage through openings that should not be included in the test.

The photos below illustrate what happens when the intentional openings are poorly sealed. The image on the left shows vent shrouds from adjacent units where the ventilation duct work exits the building, and on the right is an infrared image of these same shrouds with the building positively pressurized.

Steady streams of warm air (shown as red and orange areas in the image) can be seen coming out the bottom of these shrouds, indicating air leakage through the “sealed” ducts in these units. Multiply this type of leakage by the number of units in any given building and the potential for sealing errors starts to grow—and with it the risk of a failed airtightness test.

The intent of the airtightness testing required by the Seattle Energy Code is to measure how well the air barrier has been installed and is performing—not to measure flow rates through mechanical and ventilation systems. The more leakage measured through poorly sealed exhaust vents, the less accurate the test result is going to be. Testing early means better temporary seals around exhaust vents are possible, yielding more accurate results.

Here at RDH, our team of airtightness testing experts has noted the benefits of testing completed prior to finishing interior duct work and installing appliances and have been working hard to pass along their findings to industry contacts, including contractors who share the common goal of a building meeting energy code requirements. For contractors, the test is more or less a report card for the air barrier installation, and functions as a quantifiable measure of the quality of their work—added motivation to ensure testing preparation is completed effectively and that the results are accurate.

For those in the Seattle area, it is interesting to note that the 2015 Seattle Energy Code saw the addition of Section C406 on energy efficiency, requiring developers to select 2 of 8 possible energy efficiency measures to be implemented in their building. Among those measures is increased airtightness, an option that can be implemented at potentially no additional cost, purely requiring some changes to construction timelines and the scheduling of airtightness testing.

Earlier Testing Means We Can Help

Some construction sequences can make it difficult to slot in early airtightness testing, but with a few simple changes, it can be done. Our team of experts has a proven record helping contractors and developers plan for early testing. Contact RDH to find out more about how this can be done on your building or to talk to our airtightness experts.

Denali is a Senior Project Engineer in the RDH Seattle office. He is a specialist in airtightness testing.

A tragic June 2015 balcony collapse at an apartment in Berkeley, California, led to new... 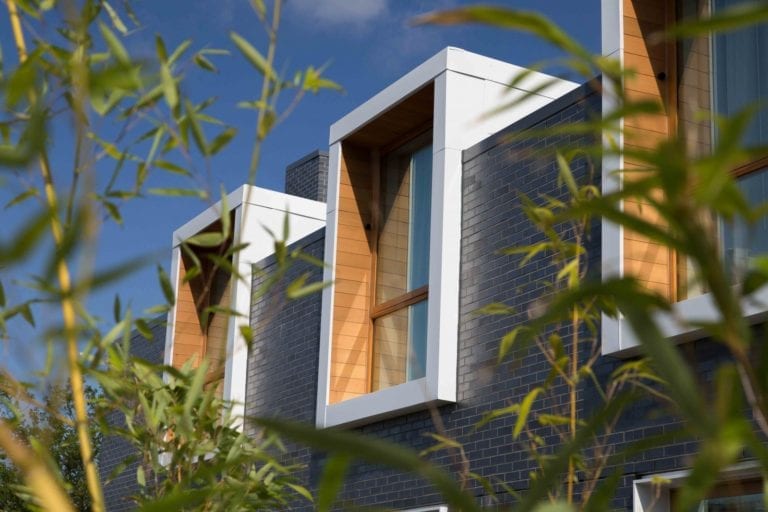 What you Need to Know about NAFS in Canada

NAFS, the North American Fenestration Standard, changes how we test and specify fenestration performance in...