Situated on the picturesque Point Grey campus of the University of British Columbia (UBC), Brock Commons is an 18-story student residence building constructed with mass timber framing. At the time of the building’s construction in 2016, it was the tallest contemporary mass timber building in the world. The building provides accommodations for over 400 students and serves as an exemplary use of a durable and high-performance prefabricated building enclosure.

Our team worked on the project with UBC Properties Trust from the early-stage design development of the prefabricated façade system through the on-site installation. Members of our team were involved in numerous aspects of the design and construction, including building modeling, field review, on-site testing, and building monitoring.

We began the project by developing several conceptual models of potential façade systems. Using a variety of mock-up assemblies procured from a range of suppliers, including precast concrete and mass timber panels, we tested the different systems and held a competition to compare the ease and efficiency of their installation processes. The results helped the design team select the best system for the project.

The project had some ambitious requirements to ensure the building would be successful and achieve the university’s goals. To be thermally efficient, the mass timber frame building’s opaque walls needed an effective R-value greater than R-16. The façade system was held to a tight budget and construction schedule, requiring the installation of at least one floor per day.

To meet these requirements, our team developed an innovative prefabricated wall panel system that could be dropped into place for efficient installation. The cladding and windows were both preinstalled within the panels, so once the panels were flown into place and sealed, the enclosure was 100% airtight and watertight. The use of the prefabricated panel system minimized the amount of time the mass timber structure was exposed to weather conditions before being enclosed.

Throughout both the manufacturing and the installation stages, our team was on hand to make sure the process conformed with the design intent and the shop drawings. The Brock Commons building structure and panel installation were completed in just 9 weeks, demonstrating the speed and efficiency of mass timber building construction and the use of prefabricated, panelized façade systems. 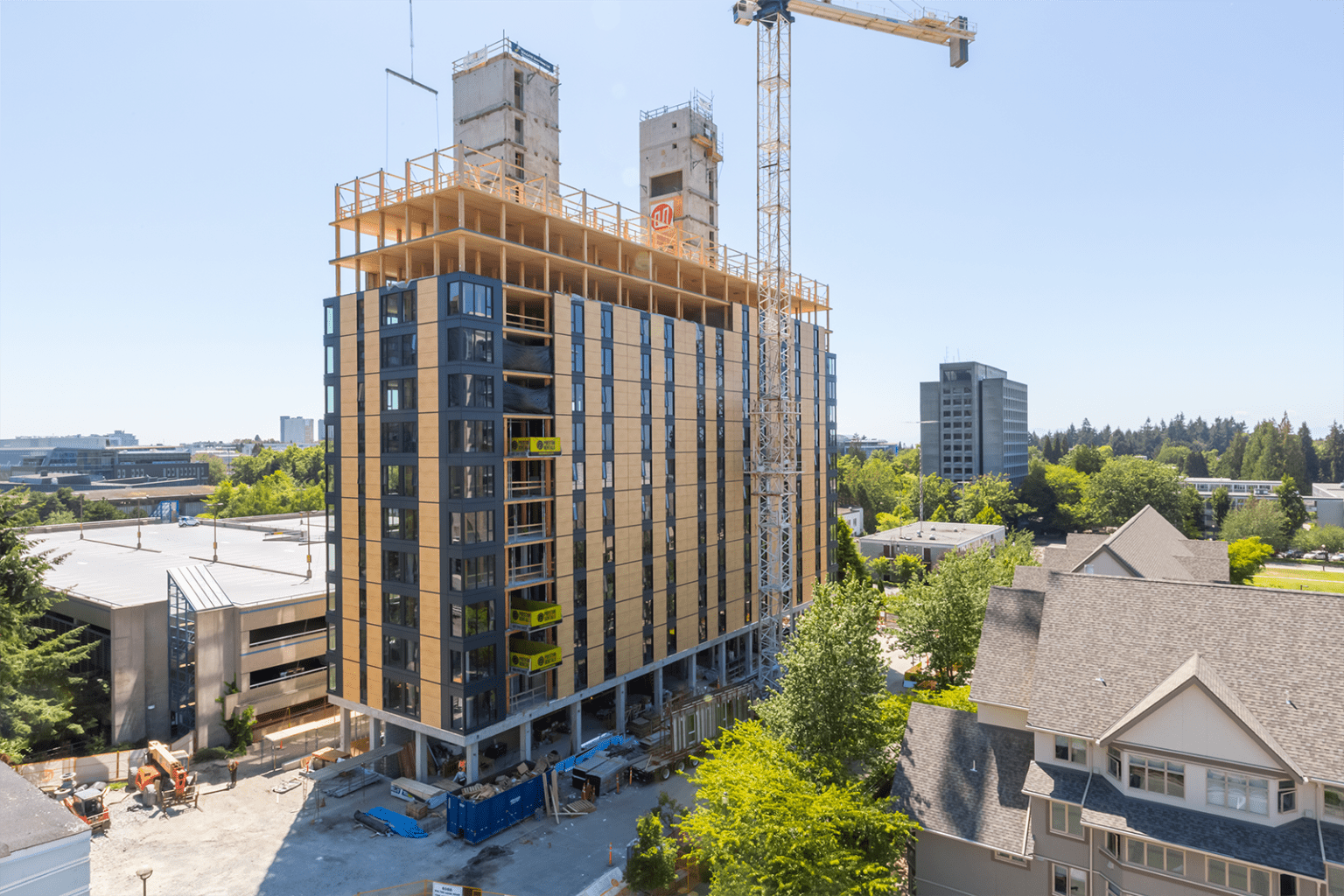 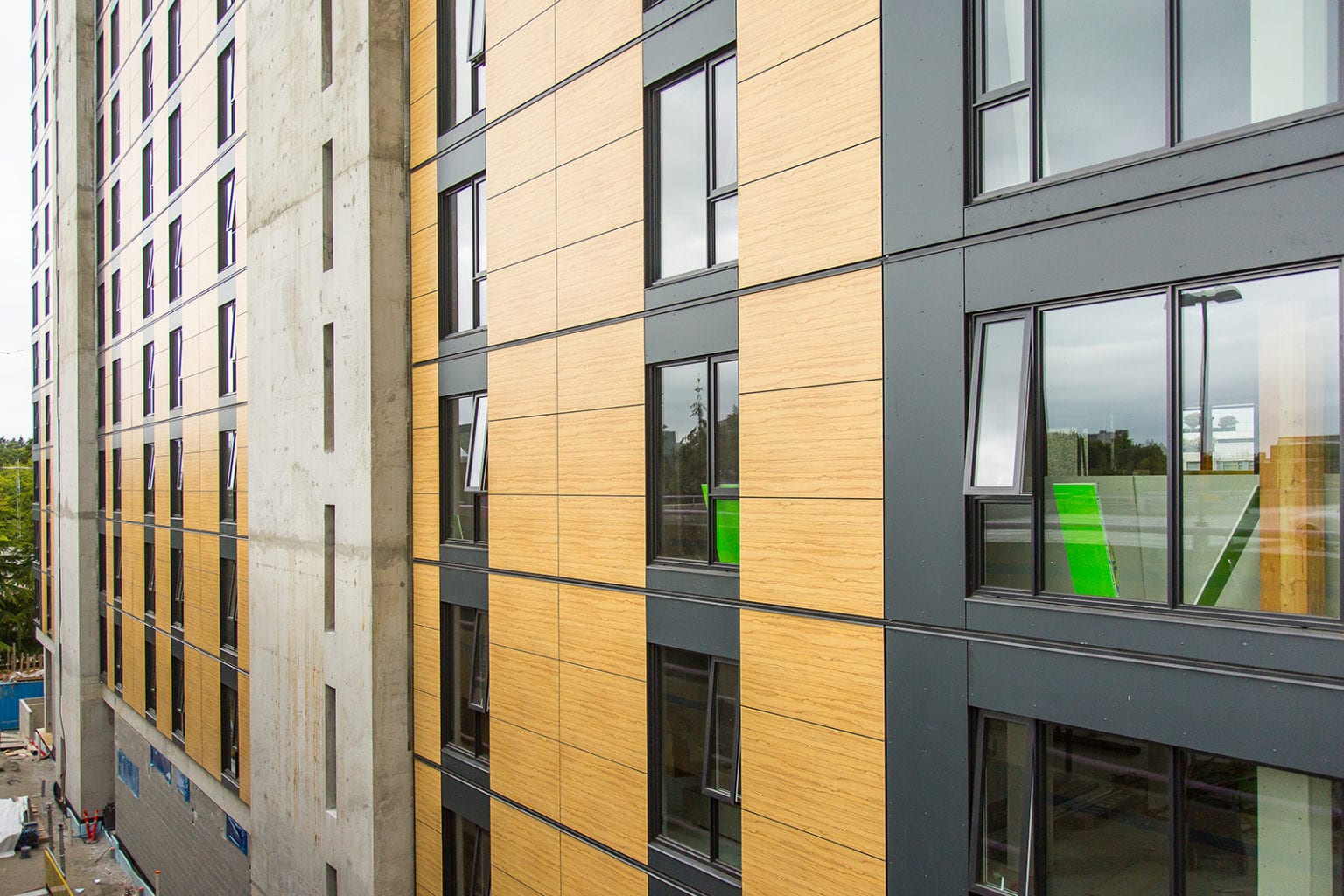 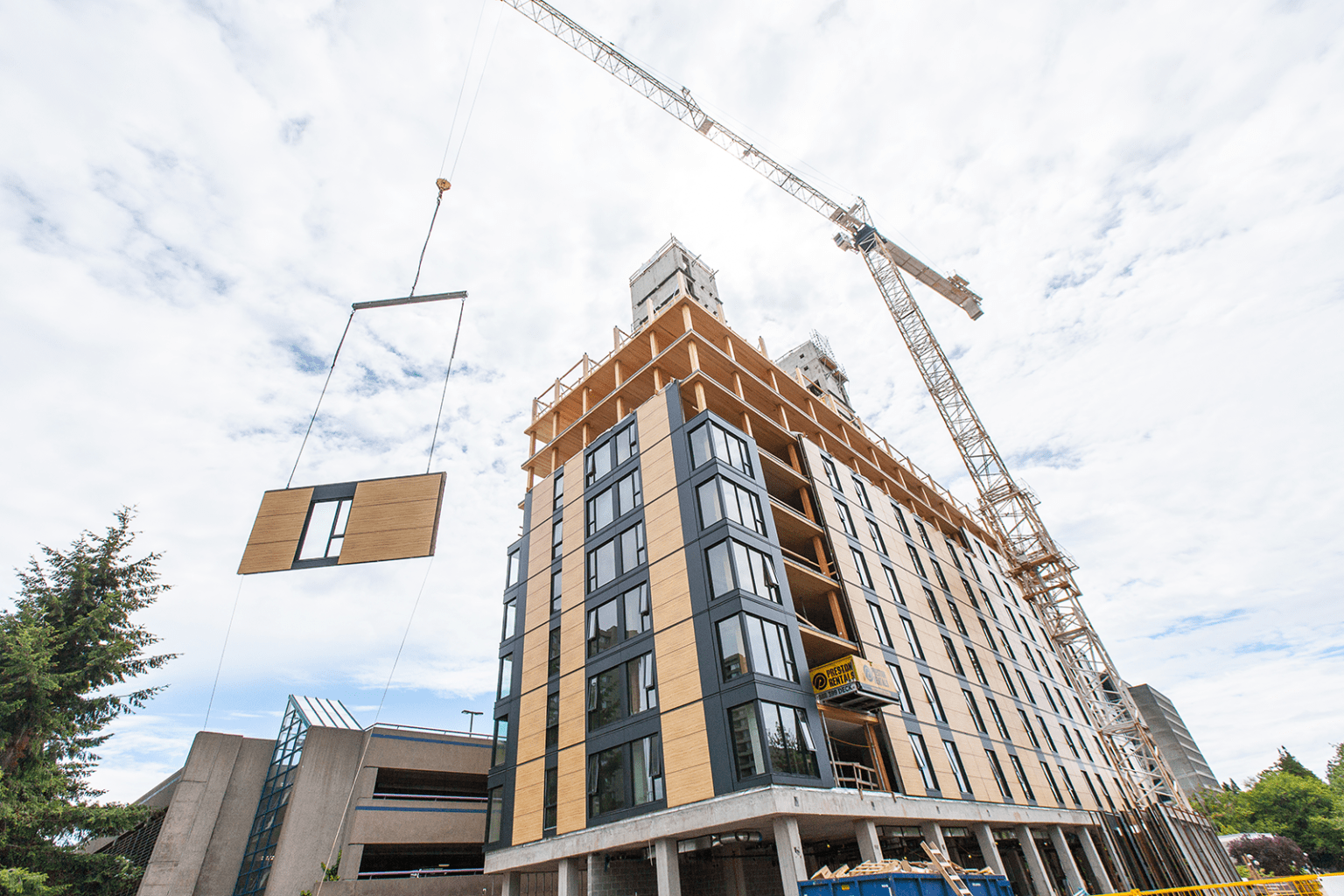 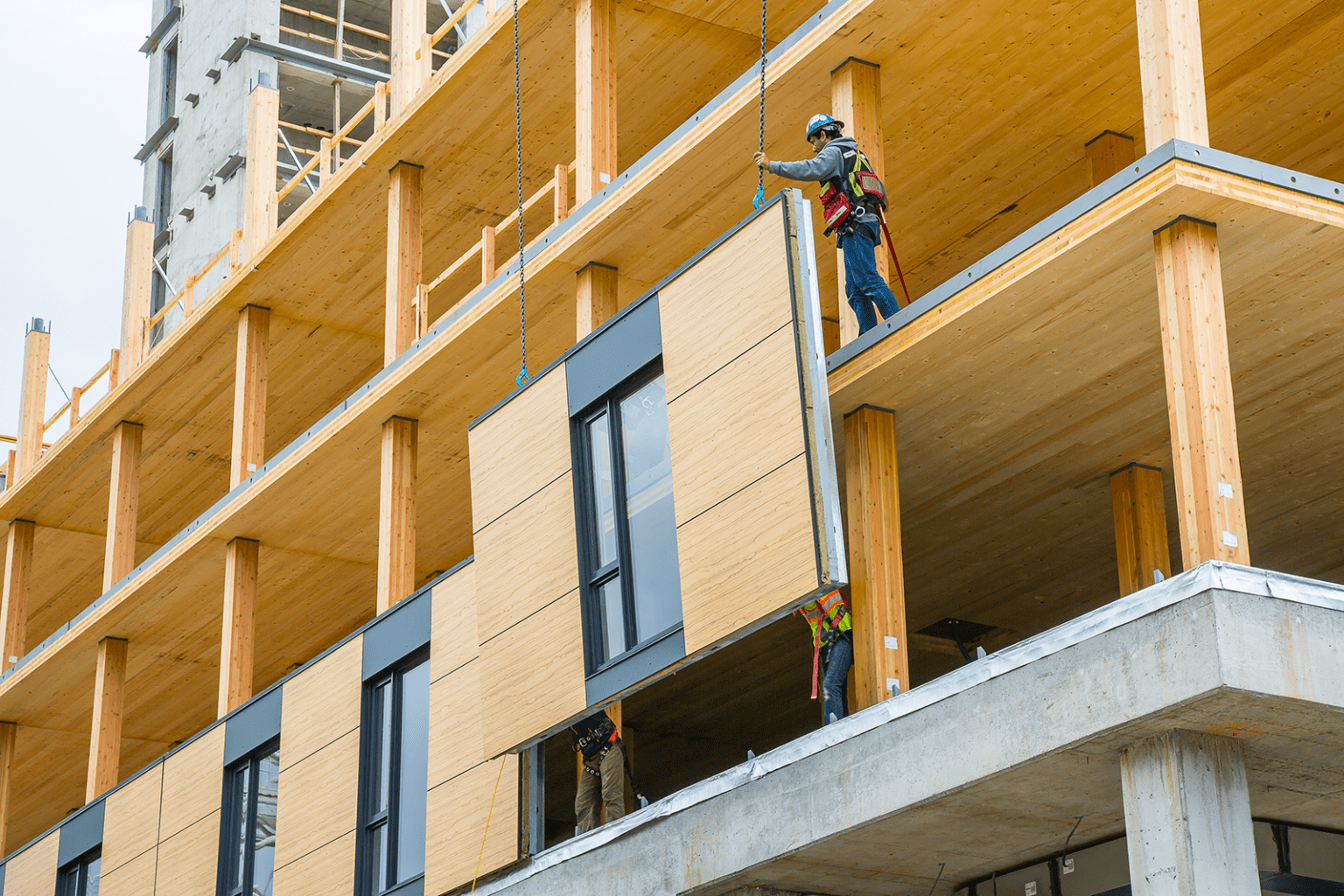 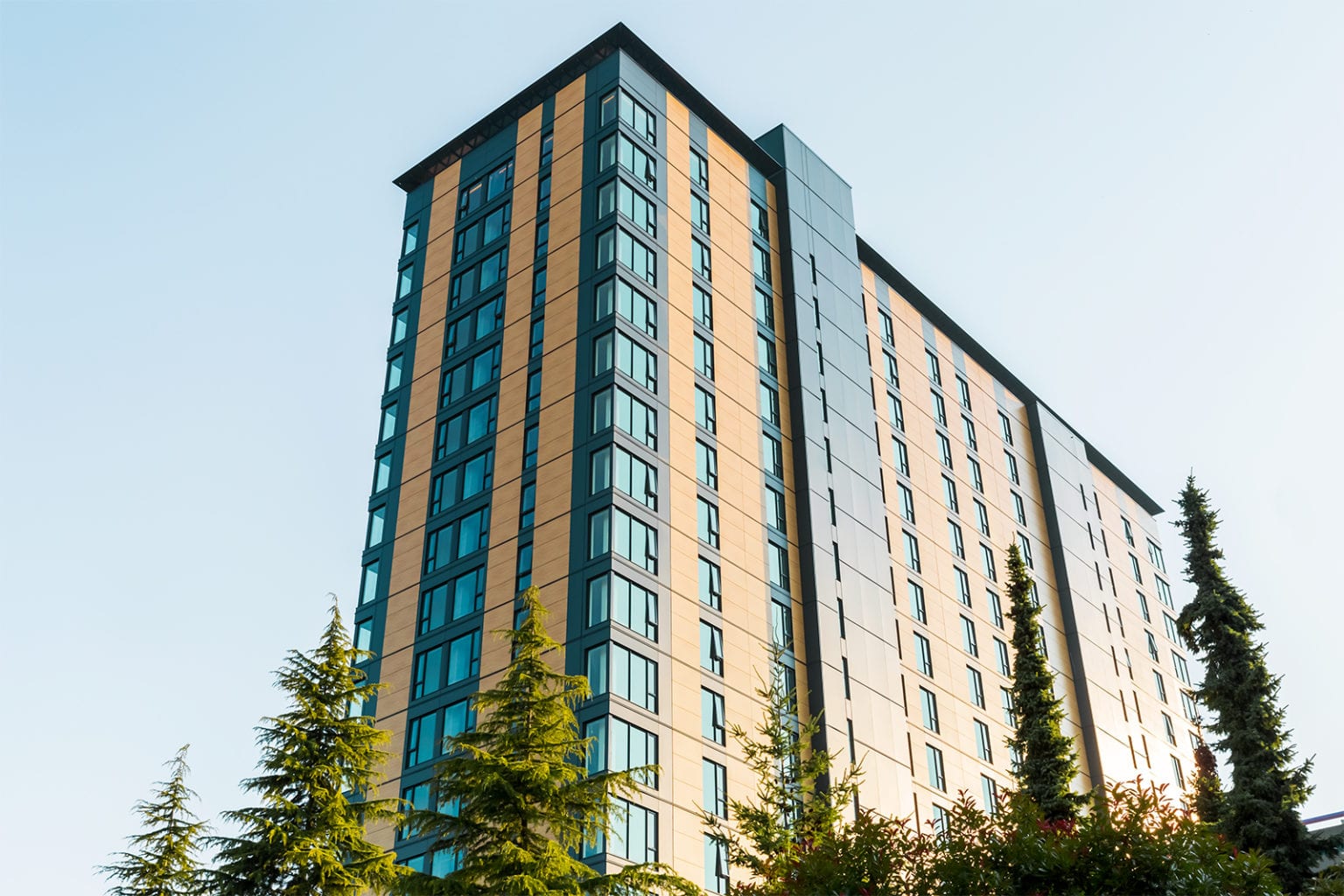 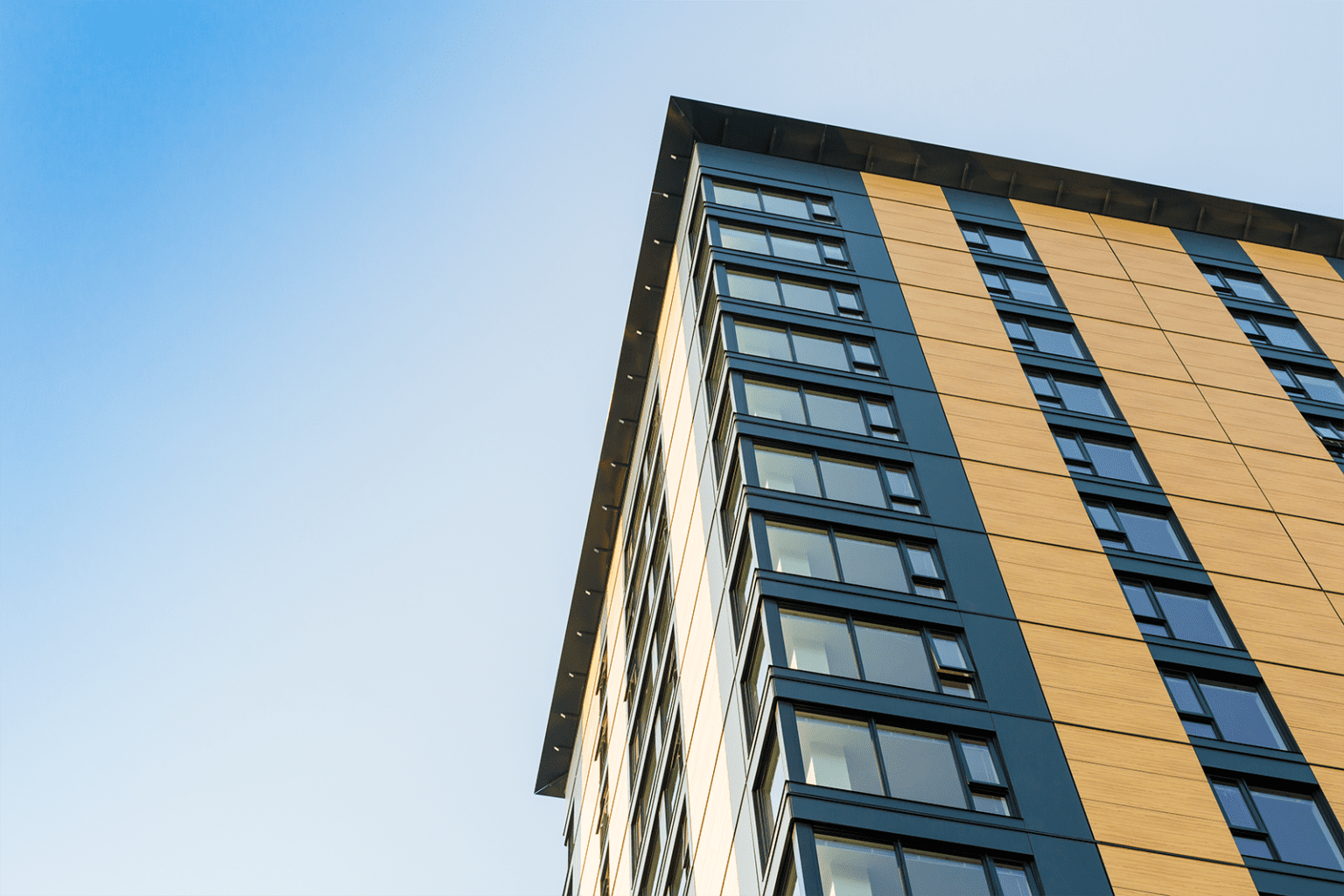 Before material and systems selections are finalized, our clients benefit from a review of the building enclosure design strategies at a conceptual level. This review provides an opportunity to reflect upon the performance expectations and fundamental building science strategies behind the selection of appropriate solutions. Experience shows that changes made at the conceptual stage of building enclosure design have far greater cost-to-benefit impact than those made during late design or construction. A typical Concept Review considers the following: 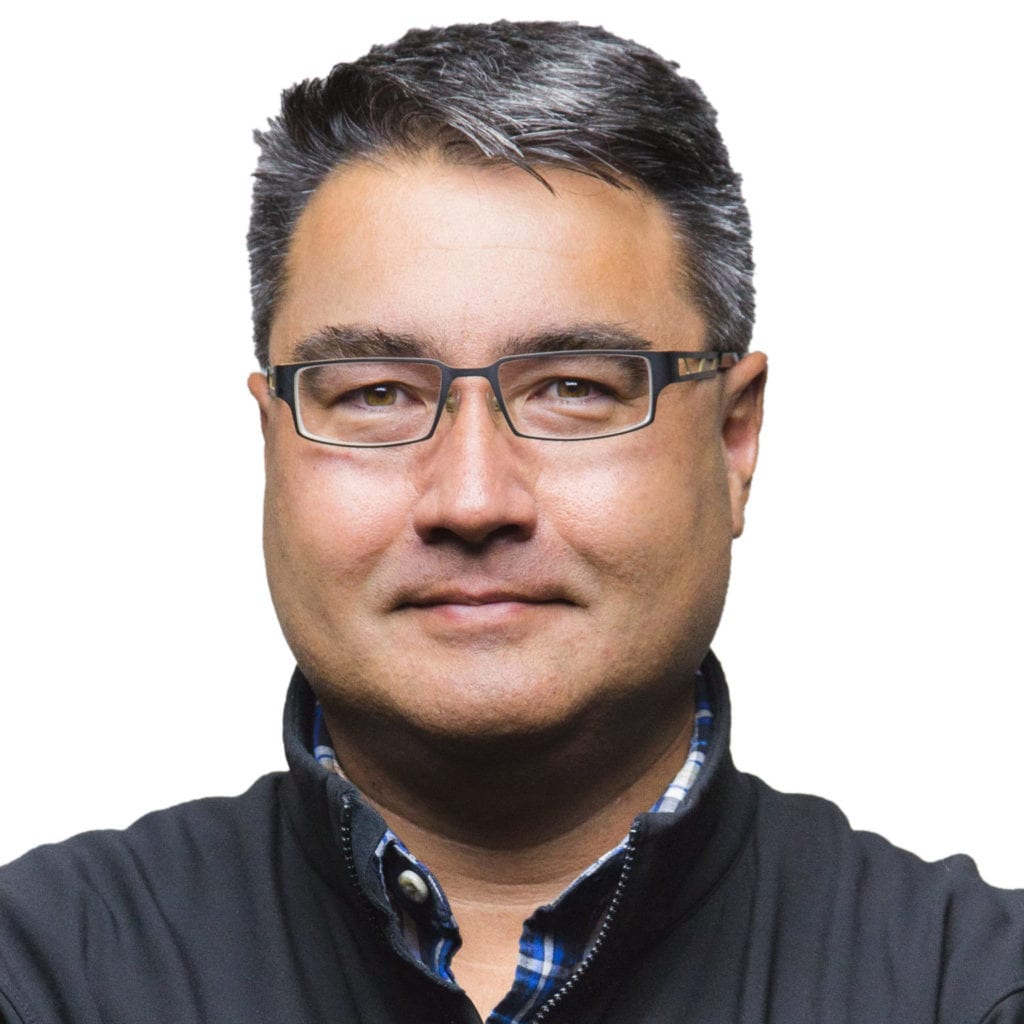 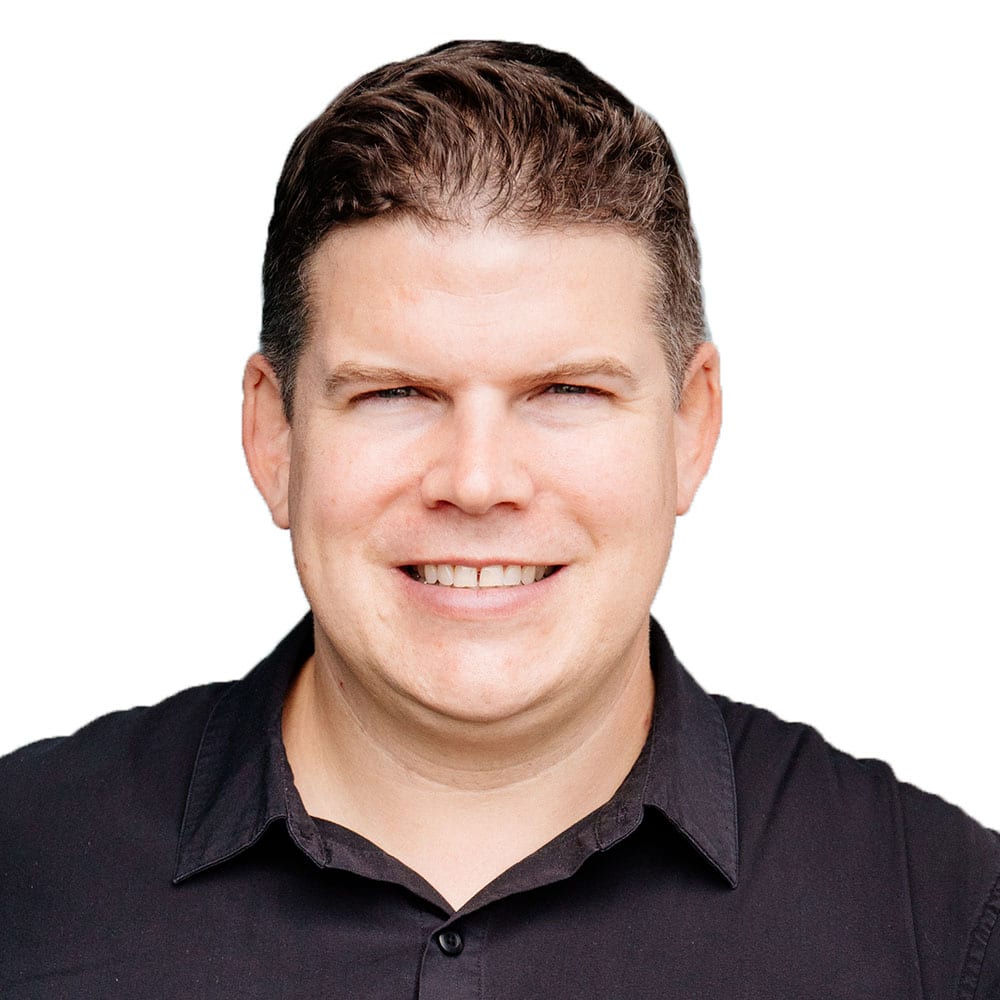 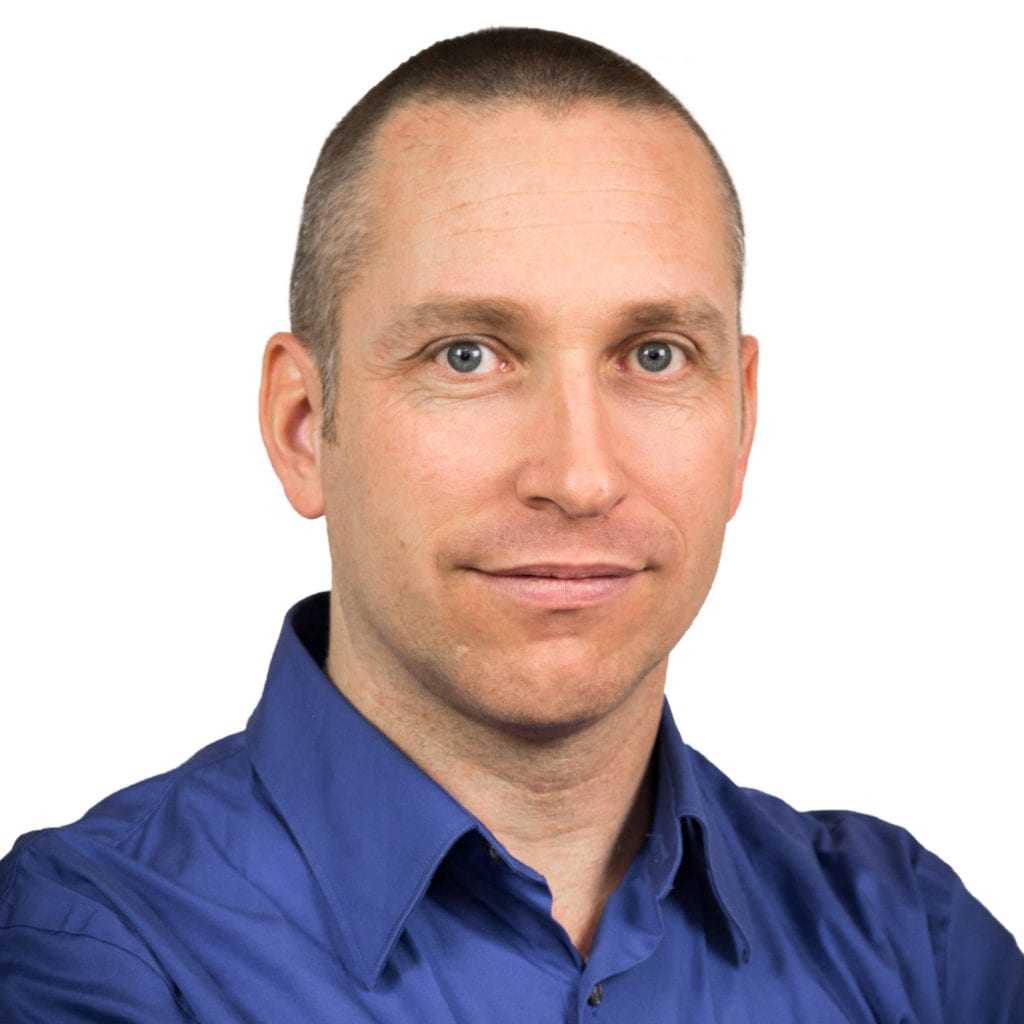 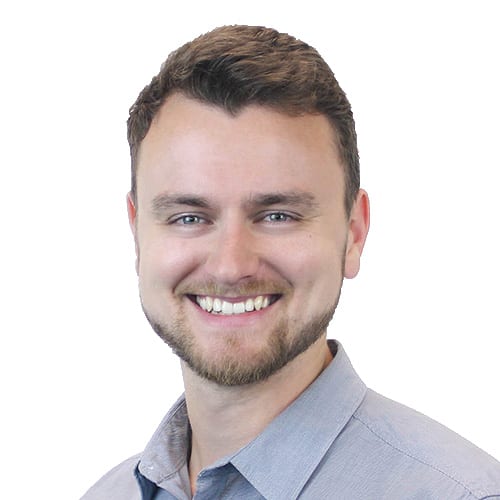 Our façade engineering services provide a distinctly advanced and more detailed level of design for the building façade and complements our typical building enclosure engineering scope of services.

Our façade engineering skills are utilized on projects where advanced, custom, or completely new building enclosure systems are being considered. Our role is to pro-actively lead the design and prepare drawings and specifications for these systems so that they are sufficient for the work to be tendered. We consider performance issues beyond heat, air, and moisture such as acoustics, structure, cost, impact of construction schedule, global procurement, risk mitigation, and availability of materials. We work closely with manufacturers and have people available to assist with quality control for offshore systems. Our façade engineering team has always been successful at reducing project costs.

Many façades, and often those that include off-shore components, present an opportunity for owners to obtain high performance systems that meet their design demands at considerable cost savings. Through our worldwide network of business partners, we provide early stage guidance to help select and procure appropriate components and systems based on the specific project risk tolerance and design requirements. We proactively vet manufacturers, their process, material supply chains, and final product development on behalf of the design and construction team prior to owner engagement. Our team also assists in organizing third-party verification, which is a critical step in ensuring the quality of the façade system.

Our field review work supports the quality assurance process through regular and strategic observation to help ensure that the construction meets the design intent. Our field review personnel are qualified and experienced, having a track record of successful projects and an interest in working cooperatively and collaboratively in a team environment. We are solution-oriented with an interest in progress toward practical and cost-effective methods that meet performance expectations.

As an extension of our field review services, we regularly perform various quality assurance tests, including:

Explore the projects that have made RDH one of the leading building enclosure consulting firms in North America. From cutting-edge research facilities and institutional buildings, to soaring towers, residential condominiums and emerging urban districts, we are proud of our diverse portfolio of work. 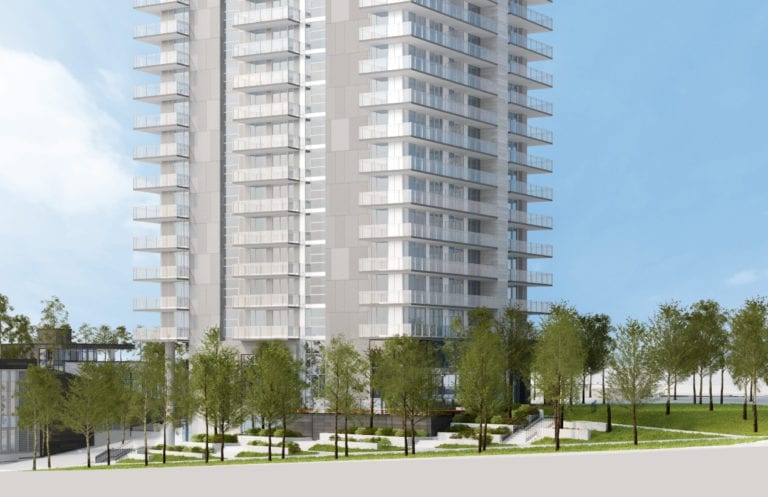 The City of Lougheed

The City of Lougheed, centrally located in the Lower Mainland of British Columbia, is Canada’s largest new master planned community. 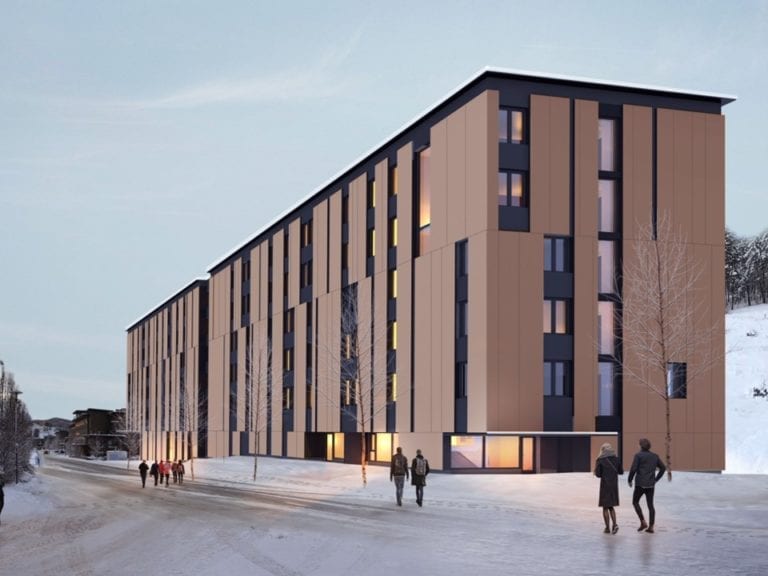 UBC Properties Trust, on behalf of the University of British Columbia (UBC), is developing a new student residence on their Okanagan campus referred to as the Skeena Residence. 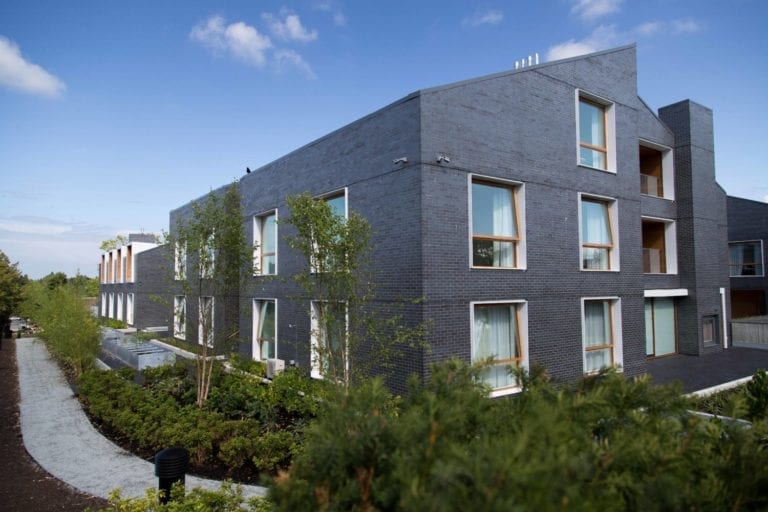 In support of its efforts to keep sick children and their families together when seeking medical treatment away from home, Ronald McDonald House Charities built an expansive new facility in Vancouver.

RDH Building Science is proud to offer annual scholarships to students completing their research based master’s or doctoral degrees in building science.